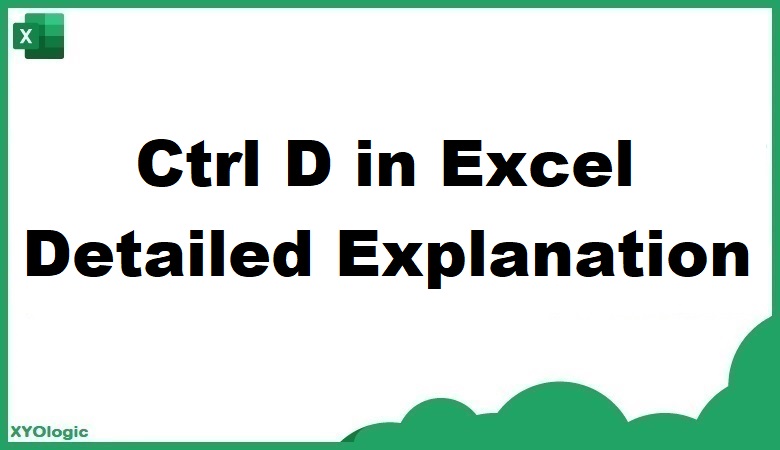 Well, there actually are a lot of keyboard shortcuts in Excel. In this one, we’re going to talk about Ctrl D. However, it’s a bit different from normal copy shortcuts like Ctrl C. Wanna know the difference? Not to worry, you’re in the right hands.

We’re about to explain how Ctrl D actually works, and how to use it in practical situations. This is often chosen as an alternative to the Fill Handle. There’s no doubt that this shortcut can really make office work easier.

In some cases, it can prove to be faster than the touchscreen options. There’s really no point in keeping you waiting. Let’s dig into the main dish.

How Does Ctrl D in Excel Work?

I’ve already said that Ctrl D is a copy shortcut. But what does it actually do? Well, it’s best to explain it through practice. Here, we’ll be showing you a couple of examples that should give you a clear idea. It’s about time we got started. 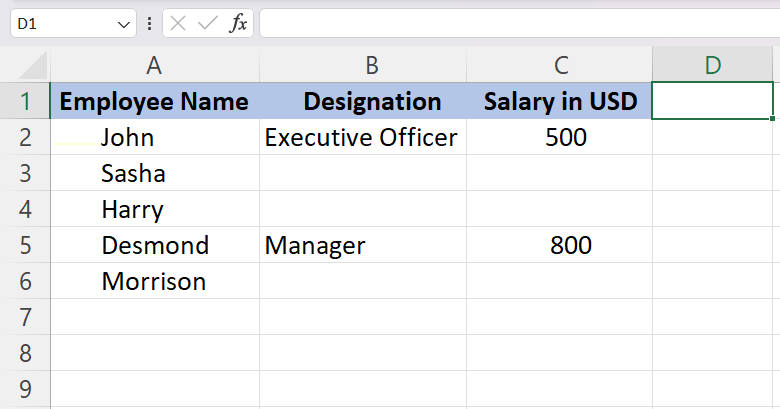 So, in this case, let’s say John, Sasha, and Harry have the same designations and the salaries. Now, typing the same detail over and over again in the lower cells can prove to be rather tiring. That’s where the Ctrl D shortcut comes in.

Here, we want to copy the data in cell B2 and C2, and put it into the two lower cells. Follow the steps to do it right.

Now, let’s see how Ctrl D works with cells that contain formulas. This time, we’re going to be working with the set of data given below.

Here, we have a couple of player names and the scores they got in three matches. At the last E column, we can see the total score of John is presented with the =(SUM formula. Here, the selected range is, B2:D2.

Now, let’s see if Ctrl D works with cells that are conditionally formatted. For this, we’re about to use the same set of data. But in the first cell of the Total Score, we’ll be applying conditional formatting.

While using Ctrl D, you should be aware of a few things. The tips below should prove to be helpful in your future Excel ventures.

Now that we’ve seen how Ctrl D works in Excel and how to use it, you should be able to apply the shortcut in daily work scenarios as well. This entire informative writeup was custom tailored for those who need to gain a clear and complete idea of Ctrl D in Excel.

So, with that said, let’s close this one up. Hope you enjoyed the read.

XYOLogic is a website that specializes on MS Excel & its relevant functions, starting from the basics to the more complex problems like data sorting, analyzing and other VBA-related issues. Our solutions encompass everyone from personal to professional sphere for a better Excel aptitude.